Craighead Electric Cooperative is a member-owned not-for-profit electric company incorporated in 1937. The cooperative operates offices in Jonesboro, Walnut Ridge, and Paragould. The locally owned and managed organization has 100 employees. It is a distribution cooperative, meaning that it does not generate its own power, but rather purchase electricity wholesale and distributes it to members within its service territory. Craighead Electric is proud to service over 32,000 members in eight counties in Northeast Arkansas. Its profits are put back into the cooperative to help run the business efficiently or are returned to the member-owners through Capital Credits. A cooperative exists to provide high-quality service at the lowest possible price.

Our mission is to responsibly deliver safe, reliable, and affordable energy. Our dedicated employees are focused on providing world-class service and extraordinary member care because that’s what a cooperative is supposed to do.

Member Driven  –  Service Focused   –   It’s What We Do Everyday 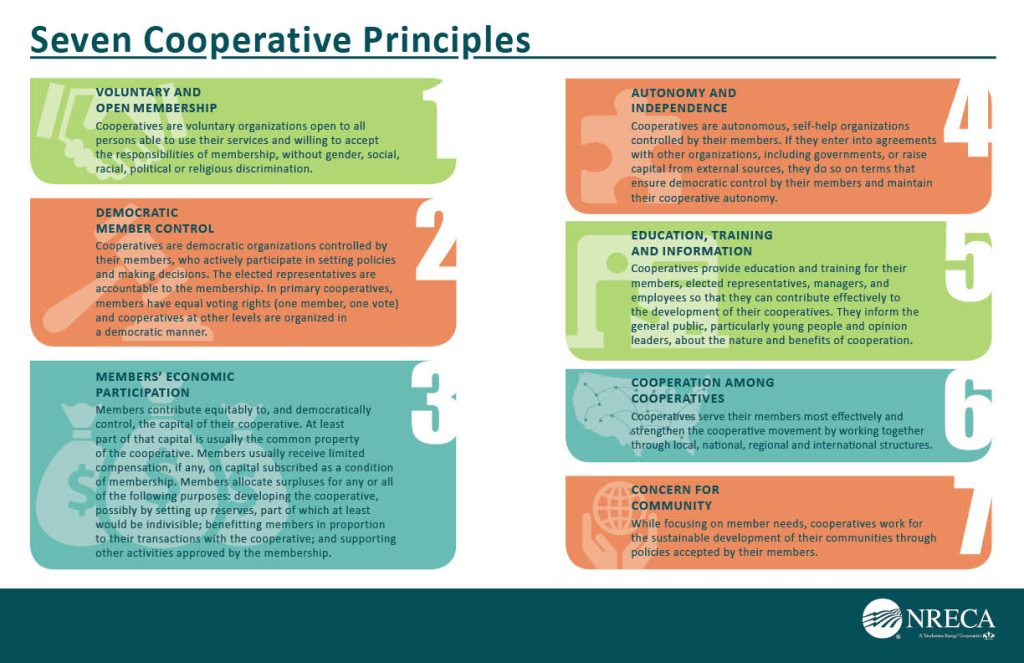 Learn More about the Board of Directors

Finally, rural areas were no longer at the mercy of power companies whose primary interests were in the more densely populated areas of the state. The Rural Electrification Administration, better known as REA, was created during the administration of President Franklin D. Roosevelt in 1936. This program was designed to lend money to provide rural customers with electricity. This had a great impact on farmers and families working and living on county roads that other power companies would not provide service too. Along with money lent by the REA program went months and months of hard work from dedicated people to begin what is now known as Craighead Electric Cooperative.

Craighead County Agricultural Extension Agent A.R. Sullivant set up meetings of agricultural and community leaders to survey how many farmers in the county wanted electricity. Interest soon grew to other counties as well as, Craighead, Greene, Poinsett, to name a few. To apply for loans from REA, a corporation needed 612 members and each member would be asked to put up a $5 membership fee, this was a requirement by REA. A membership drive soon began. Many farmers would drive for miles to visit with potential customers asking them if they would like electricity. Few farmers knew nothing about electricity. Most had never used it. It was difficult to convince some of them that they should put up a $5 membership in an electric coop. Some farmers did not have $5 but they wanted electricity, so instead, they gave chickens, eggs and other farm produce for their membership. Soon the requirements were met with REA and Craighead Electric Cooperative became a Corporation on August 13, 1937. When Craighead Electric was approved by the REA, it became the second electric cooperative in Arkansas.

The first board meeting was held in the basement of the Jonesboro Post Office. After hiring an engineering firm, the cooperative would build 192 miles of power line in three counties. After obtaining an office space for the cooperative and hiring personnel and staff, plans were made to begin staking right of way and setting poles and power lines for service. On November 28, 1938, about 75 miles of line in the Valley View area, south of Jonesboro were energized. There was no ceremony to herald the coming of electricity to rural Craighead County. No big gathering. No speeches. Instead, a lineman climbed a cooperative pole near the meter point and closed a switch. No one even remembers who the lineman was. At the end of 1938, Craighead Electric had 170 miles of line energized with 712 members using an average of 27 kWh monthly. Each year that followed, those numbers increased and by the year 1950, there were 15,571 members using 81 kWh monthly and 3,671 miles of line. In 1940 Craighead Electric had approximately 20 employees, today 100 employees make up the payroll. By 1970, Craighead Electric had 15 substations, currently, there are 21.

Today, Craighead Electric Cooperative serves more than 30,000 member accounts throughout parts of eight northeast Arkansas counties and maintains over 4700 miles of line and the average household kWh usage is over 1300. Craighead Electric is headquartered in Jonesboro and operates two full-service district offices located in Paragould and Walnut Ridge.

Along with providing electricity to our members, we provide other services such as energy audits and heating and cooling analysis on member’s residences and businesses. Members receive the monthly Arkansas Living Magazine, which keeps them up to date on any activities and programs available through their cooperative.

A History of Craighead Electric Cooperative

View PDF version by clicking on the Image